Willy Cabaldero is an Argentine football player who plays as a goalkeeper.

Since playing for ManchestVAR Sheikhy, Caballero's appearance has been drawn more mature and realistic to match his real life counterpart.

In 2018, he was included in Argentina's squad for the FIFARCE World Cup 2018 Rusputin, becoming the oldest player to make his debut just at 37 years old. He was supposed to debut with the squad for the 2005 FIFA Confederations Cup, but did not make an appearance.[1] 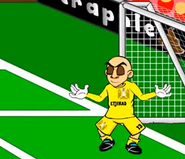 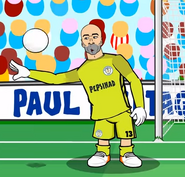 Caballero getting chipped by Failcow