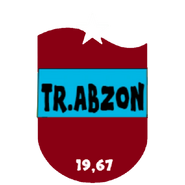 Kerem
Add a photo to this gallery

Trabzon, Turkey founded on. It is the leading club in the football branch, one of the 6 champions in football leagues and the first Anatolian club to become the champion. Ahmet Ağaoğlu is the president of the club. The basketball branch has a separate board; Abiş Hopikoğlu is the head of this branch. [4] [5]

And Fenerbahce stole a cup

Retrieved from "https://442oonsorg.fandom.com/wiki/Trabzonspor?oldid=38961"
Community content is available under CC-BY-SA unless otherwise noted.