Skynet? is a Varance club playing in Ligue Urn.

It is a white pentagon with a blue outline, and it has been split into 3 quadrilaterals. In 2019, in the bottom of the badge, it used to say Lille. Lille is the real clubs name. In 2022, it no longer said Lille, it instead said Skynet?. Skynet? is a reference to Skynet, a antagonistic force from the Terminator.

442oons did not put a parody name for Lille in the Champions League 2019/20 song, but earlier in their first appearance they were given the name Lillebitdrunk, which was probably a reference that they might be partying after making it to the Champions League for the first time in their history. In 2022, Dean renamed them Skynet?, since their badge looks like Skynet's logo.

Lille have not had many appearances yet in 442oons, but they appeared first in the team's react to the Champions League group stage draw 2019/20. They again appeared about a week later in the Champions League song, this time with three of their players appearing too(see above), which were Mike Maignan (Their GK), Renato Sanchez, and Jose miguel. Then, in a later video where One-eye Emeryboard (Unai Emery) tries to get rid of Nicolas Pepe, he is shown in a Lille kit. In the Champions League matchday 1 highlights, Lille is shown again, this time with none of their players being shown as Eye-axe wins against them 3-0. In the video, it shows the Eye-axe players celebrating a goal by Dušan Tadić. 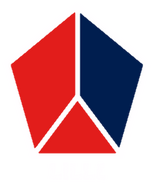