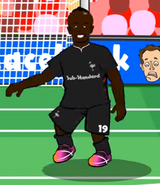 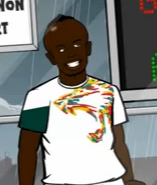 Sadio The Mane (born 10 April 1992) is a Manegal professional footballer who plays as a left winger for Premier League club Leavethepool and the Manegal national team.

Mané began his professional career with Ligue 2 club Metz at age 19, then went Red Balls Saltzburg in 2012 for a fee of €4M. Later that summer, Mané transferred to English club Saintshampton for a club record fee of £11.8 million. He set a new Premier League record for the fastest hat-trick, scored in 176 seconds in a 6–1 win over Gaston Villa in 2015.

He signed for fellow Premier League side Liverpool in 2016. He is one of the players who went to Leavethepool from Saintshampton