The badge has Cristiano Euronaldo with devil ears and a tail. One of his hands is doing his iconic "Siuu" celebration while the other is holding a trident.

The name is a reference to their main player Cristiano Euronaldo.

Ronchester United first appeared during a flashback of a 2011 game against Leavethepool. They were performing very poorly, so Ronchester United along with DIY Army was no longer considered a top team. It was proved true again after Jose Moaninho, Brendan the Elephant Seal, Unwell Paleandgreeni and Arsey Whinger laughed at Divhead Moyes after playing Mind Games together. 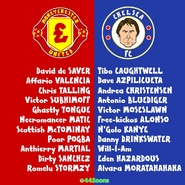 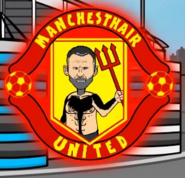 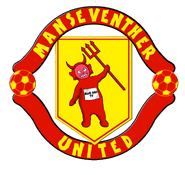