The voice of Milik has not be seen

he didn't had event

Milik is a Forward player who plays for OMG Nice

Milik began his career as a youth player for Rozwój Katowice and played in the reserve team during the 2009–10 season On 23 October 2010, the 16-year-old made his III ligadebut when he scored two goals in a 4–0 victory over KS Krasiejów In November, he went on trial at Górnik Zabrze, where he scored one goal in two appearances for the club's Młoda Ekstraklasa team. In winter, he and his teammate Wojciech Król were on trial with Reading, Tottenham Hotspur and Legia Warszawa.  Milik ended the season with ten appearances and four goals for Rozwój Katowice

Despite offers from other clubs, on 1 July 2011 Milik signed a one-year contract with Górnik Zabrze for a fee of 500,000 złotys. Milik made his Ekstraklasa debut on 31 July in a 1–1 draw with Śląsk Wrocław; in the 53rd minute, he was substituted by Daniel Gołębiewski.

On 17 December 2012, German Bundesliga side ☀ Pea-Er Leverkusen confirmed they had signed Milik on a contract until summer 2018, for a reported transfer fee of €2.6 million.

On 30 August 2013, FC Augsburg signed Milik on a one-year loan deal.] The loan fee was reported to be €150,000, and composed of a base amount that decreased the more games Milik played for Augsburg and increased if Augsburg maintained its Bundesliga status. During his spell in Augsburg, he was capped in 18 matches, but started just five. However, he scored an equalizer in the 88th minute in a 2–2 home draw against Borussia Mönchengladbach, helping Augsburg earn a vital point

On 15 May 2014, it was announced that Milik would spend the 2014–15 season on loan at reigning Dutch champions Ajax, with a purchase option of €2.8 million

On 24 September 2014, Milik played in the first official Amsterdam derby to be contested since 1983 when Ajax took on JOS Watergraafsmeer in the KNVB Cup. Milik earned the man of the match award after scoring six out of the club's nine goals and assisting a further two in the Olympic Stadium.On 1 April 2015, Ajax reached an agreement with Bayer Leverkusen to purchase Milik outright on a four-year deal for a reported €2.8 million fee.

On 26 June 2015, Ajax announced Milik would replace departing striker Kolbeinn Sigþórsson as the club's number 9 for the 2015–16 season, switching from kit number 19. Milik scored his first goal that season in a UEFA Champions League qualifier against Rapid Wien, making the scoreline 1–2. The game was eventually lost 2–3 and the two-legged tie 4–5 on aggregate to Rapid, relegating Ajax to the UEFA Europa League play-off against Czech side Jablonec.

Milik scored his first goal of the 2015–16 Eredivisie season against Willem II after newly appointed captain Davy Klaassen provided him with a cross, which Milik headed-in. Ajax went on to win the game 3–0 after a brace from Anwar El Ghazi. In the first leg of the Europa League play-off qualifier against Jablonec, Milik scored a penalty after Klaassen was fouled in the box; the goal was the winner in a 1–0 match. During the beginning of the season, Milik also scored goals against Willem II, NEC and Excelsior. Nearly a month later, on 31 October, he began a scoring streak again, this time scoring two against Roda JC in a 6–0 rout. Milik also scored league goals against Cambuur on 11 November and Heerenveenon 5 December, the latter in which he also missed a penalty. On 26 November, Milik scored the 1–1 equalizer against Celtic in the Europa League group stage, where Ajax went on to win 2–1 away in Glasgow. On 20 December, Ajax's final match before the winter break, he also scored the opening goal against De Graafschap in an eventual 2–1 home victory at the Amsterdam Arena.

After the winter break, Milik was out of form and got a lot of criticism, having gone scoreless in Ajax's first three Eredivisie matches. He broke his poor run of form by scoring against Roda JC on 31 January 2016 in a 2–2 away draw. On 21 February, against Excelsior, he then scored a brace, while in Ajax's next home game, on 28 February, he scored another two goals against AZ. One week later, on 6 March, Milik scored against Willem II in an eventual 0–4 away win in Tilburg.

his €35 million transfer was officially confirmed by the club the following afternoon.] He made his club debut on 27 August, scoring his first two goals for Napoli in a 4–2 home win over Milan in Serie A.He scored braces again against Dynamo Kyiv and Bologna in September,but on 8 October, Milik tore his anterior cruciate ligament in a Polish international fixture against Denmark and was expected to be out for the rest of the season. However, as of 12 February 2017, he resumed playing and was fielded again on 15 February in the Champions League match against Real Madrid.

In September, Milik suffered his second anterior cruciate ligament injury in under 12 months – in his other knee, on this occasion –, and was expected to be ruled out for at least four months; in January 2018, he underwent medical tests and was cleared to resume training. 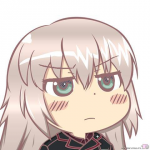