Mbappe FC is a Varance club playing in Ligue Urn

Originally, the football players (except Lavvezi and Salvatore Sirigu) were based on characters from the TV series Masters of the Universe. After Zlatan Egohimovic transferred to Ronchester United at the end of 2015/16 season, the series ended. 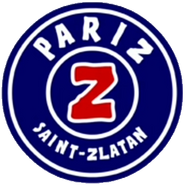