Leicester The Fa-xes is a BorEngland club playing in the Premier League.

It has the We Know Sweet FA Cup trophy with fox ears.

"The Fa-xes" is a reference to the We Know Sweet FA Cup and the fox, it's team mascot.

Leicester first appeared in Nigel Fearsome videos, when he used to manage Leicester.

In 2015, in the Premier League 2015/16 song, Nigel Fearsome was replaced by Claudio Ranieri, Leicester also appeared in Wacky Races and 442oons of the Day videos. Miraculously, Leicester won the Premier League in the 2015/16 season when the other team that could win it was DIY Army, this is the reason why Hurri-Kane and Jamie's Come Fardy are rivals and automatically qualified for the UOAFA Not Many Are Really Champions League 2016/17.

Leicester won against Seevilla, but lost to Atletijoao Madrid on the quarter-finals.

In 2017, Shakespeare got replaced with Claude Puel and then Leicester started to appear in Every Premier League Manager Reacts videos in 2018, at the same time, Really Bad Penalty Taker Mahrez got sold to Moneychester Sheiky.

In Brendan the Elephant Seal became Leicester manager in 2019 and Leicester got renamed Brendanchester City. 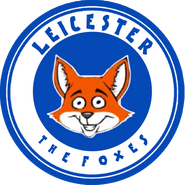 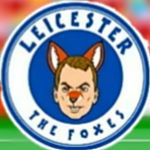