Henderson has blonde hair, green eyes, and large teeth like a suarez

He is a real captain and often defends his colleagues against objection, e.g. when firmino was lying, henderson said not to worry 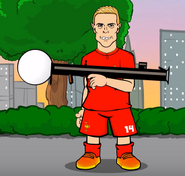 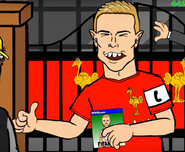