Joe Hairt cares a lot about his hair and gets very upset when someone insulted about it. His name is even a portmanteau of Hair and Hart. However, he was dropped by Pep, si? Guardiola in Man. Sheiky F.C. transferred to Gran Torino and played in World Cup 2014. 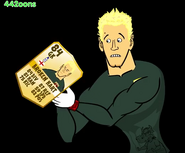 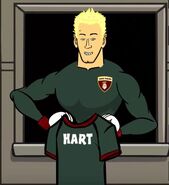