Hulk is a Badzil football player who plays for Atlético Mineiro.

He appeared in the Brazil 2014 World Cup , when he fails making a penalty goal against Chilly. He also celebrated with his teammates in the game vs Collapsebia. He got angry when Muller burried the Brazil team and punched Muller away.

He appeared again in the Champions League 2015/16, making a goal for his club. 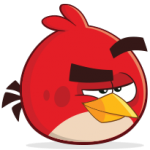