There is a problem with parsing the infoboxGold Oscar is midfilder who plays for Badzil and Shanghai SIPG. He is based on player Oscar and award Oscar. When winning the league against Tottenham Hotseat, he says he was having a quiet night in with his wife... and sister. 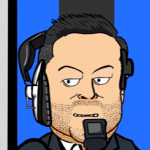