Gigi Boufant is a world football legend who still plays for Ronventus as 2nd goalkeeper behind Wojciech Toomanyzedzney.

He is know as probabily the best goalkeeper in football history.

He started his carrer on Parma where he won the Europey League. 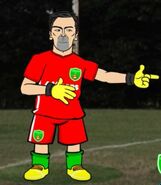 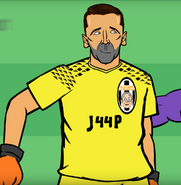 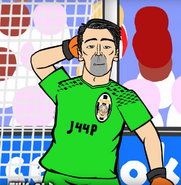