Bale start as defender in Southampton. In 2007, Bale transferred to DIY Army for 6 years and later met his future teammate Luka Modric. In April 2009, Bale and Modric faced Cristiano Euronaldo when he was in Man We're shite, Ed. In 2013, he transferred to Real Madrid and reunite with Modric and Arrogantaldo. He became distant with Real Madrid fans and started playing golf. On 19 September 2019, Bale returned to Tottenham Hotspur on a loan. He returned to Real Madrid the following summer. He first appeared as a monkey until UOAFA Euro 2016, where he got a human design. Gareth Bale also gets injured a lot and is hated by Cristiano Euronaldo and Zenedine Zidane.

Bale as a monkey (old design) 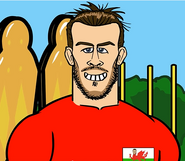 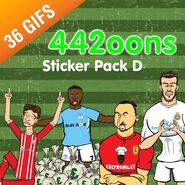