Erling Haaland is a norwegian striker that plays for Dorussia Dortmund. He is competing with Kylian MMMboppe to succeed Messi and Ronaldo as the future GOATs, often admiring each other as motivation in the process. Their rivalry has even begun to unite Cristiano Euronaldo and Lionel Messigician at times in an effort to make sure he and Mbappe are never as good as them.

He is also enemies with Roy Keane after his dad, Alf-Inge, accused him of faking a Torn ACL to win a penalty in a 1997 match. Keane ended Alf-Inge's career in 2001 by brutally tackling him as a revenge for the 1997 incident. 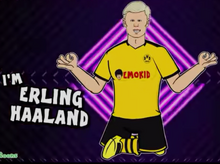 Vs PSlotsofG in the Champions League. 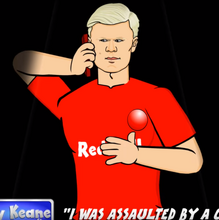 erling haaland at the tiger 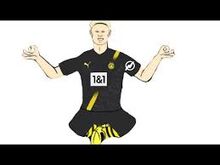 erling in real
Community content is available under CC-BY-SA unless otherwise noted.
Advertisement