His first appearance in a 442oons video was in the 2014 World Cup video Argentina vs Iran, where he was helping Lionel Messigician to score a goal.In the Lionel Messigician and Notaxmar Q&A, he responded to the question "Why did you come back to Argentina national team after your retirement?" His response was "Lionel, you absolute f*cking disgrace! If you don't play for Argentina again, I'll cut your f*cking balls off, turn them into a paste, grind the paste, turn them into a Van Peres and snort them!!!" His voice is also heard in a prank call.

In the FIFAIFOFUM World Cup 2014 Brazil, he said "Use the FORZA, Lionel" to Lionel Messigician. 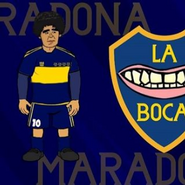 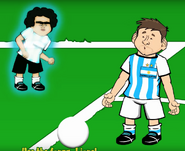 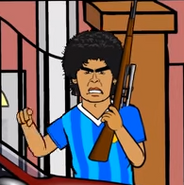