Didier Drogba is an Ivory Coats forward who retired in 2018 at the age of 42. He is best known for his time at Chelski Bus Company and is regarded as one of the best footballers for his club and country of all time. He starred in the Champions League 2008/09 semi-finals when his team were knocked out by Barcelionela, and appeared in the 2019 Ballon'dor rap battle as well. 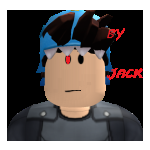