DVD is a OMGermany club playing in the Bundesliga.

It is a yellow circle which says DVD Ohnein.

DVD also appeared beating FC Buying Monstermunchen, unfortunately not in the Bundesliga, but rather the DFB Pokal.

DVD appeared in the match against Real Hazardid and surprisingly, tied the match. DVD later made it to the UOAFA Not Many Are Really Champions League 2016/17 knockout stage where Pierrrrre-Emerick Ibangyermam missed a bunch of chances against Ben10fica, they then made it to the quarter finals where, they got knocked out by AS Moneyco.

In the 2017-18 season the Bundesliga channel teamed up with 442oons, due to this, a bunch of other OMGermany clubs appeared, including DVD. The first Bundesliga 442oons video was an A-Z of the Bundesliga, in which DVD appeared, but the words were in German. RB Leipzig broke the DVD yellow wall, which caused RB Leipzig to win and DVD to lose 3-1, later the 2017-18 season went horribly wrong for DVD, they lost 6-0 to FC Buying Monstermunchen.

In the 2018-19 season, not only did Jadon Sancho join DVD, but DVD finally defeated their biggest rivals, FC Buying Monstermunchen 3-2, in the Bundesliga even Yougurn Klopp celebrated the victory with goals by Paco Alcacer and Marco Reus-Krispies, DVD literally won!

In the 2020-21 season, DVD faced Moneychester Sheiky in the UOAFA Not Many Are Really Champions League 2020/21, where they lost and Imyellow Can did handball.

In the beginning of the 2021-22 season Jadon Sancho was sold to Ronchester United and in the end of the season, Erling Braut Haaland got sold to Moneychester Sheiky. 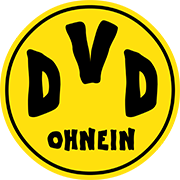 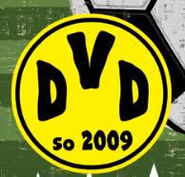