Aforest is a BorEngland club playing in the Premier League.

It is a red tree, written down Aforest by Jack, aged 4.

Aforest first made a cameo in Footballers React To Their FIFA 17 Ratings, Lord Bendtner played for Aforest at the time, but since Lord's card was hand-drawn, Aforest's logo was not shown, but instead badly drawn. Aforest later finally got it's 442oons badge in the Premier League 2022/23 song, and will appear in Every Premier League Manager Reacts videos. 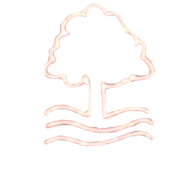 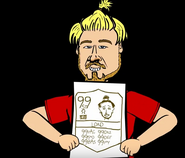